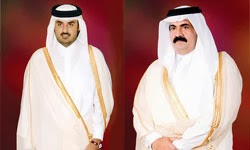 The Depravity of Racism is Rooted in its Selective Outrage

A Middle East run by Islamists: Should Western Powers Freak Out?

An Alternative Statement from President Donald J. Trump on Ramadan