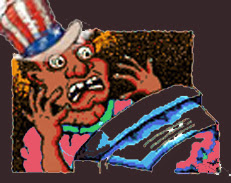 In 39 days, three Arab countries held critical elections, Tunisia (October 23), Morocco (November 25), and Egypt (November 28-9). Although the elections in these countries have different contexts and implications, the three events have several things in common. First, the elections were made possible directly or indirectly by the Arab Awakening of early 2011. Second, before the Awakening, Western powers had labeled these three countries as “moderate,” a euphemism for undemocratic regimes run by a westernized elite. Last, these elections brought to power Islamist parties and groups that the west has labeled “extremists.” So should western governments now freak out?
In the short run, maybe. In the long run, not at all. Here is why.

Turkey is now alone, thanks to its erratic alliances