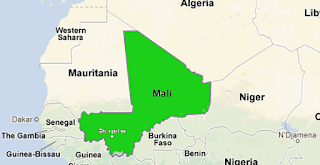 Based on recent events, observers might be mystified by the seemingly unprincipled French involvement in regional and world crises. When the Tunisian uprising that jump-started the Arab Spring began, French leaders sided with the regime and prominent French politicians fell from grace after the revolution succeeded in removing Ben Ali. Then, France did not take any public role in the Egyptian uprising.
When the Arab Spring reached Libya, France was the most enthusiastic western country for starting military action that resulted in the killing of Qaddafi and the establishment of the new regime. At that time, most observers thought that the Libyan oil was the primary motive that pushed France to take the lead in NATO’s operations in Libya. Former French president, Nicolas Sarkozy, admitted that much when he said, after the fall of Qaddafi, that France should have the lions’ share in the oil business in Libya. However, despite his success overseas, the French people were not happy and fired Sarkozy.
When the new president, Francois Hollande, took over, many expected a more measured response to world crises. His first test was Syria. He initially kept his distance from the opposition that was represented in the Syrian National Council. That might have been a cautious move to keep Turkey’s influence under control since that group was seen as being too close to Turkey. When the U.S. and Qatar engineered the dismantling of the Syrian National Council and replacing it with the Syrian National Coalition, France was the first country in the world to recognize it as “the sole and legitimate representative of the Syrian people.” Whatever strategy they have had in mind, it does not seem that it worked since the Syrian Coalition is just as incompetent as its predecessor in terms of having real influence inside Syria.
Moreover, the Syrian Coalition was unable to control extremist groups like Jabhat al-Nusrah, which the U.S. placed on the list of terrorist organizations. The U.S.’s move was criticized by the president of Syrian Coalition, Ahmed Moaz al-khatib,  and that was enough for western countries to become more skeptical of the ability  of the Syrian Coalition to meet its obligations. Minimally, western countries wanted secular groups within the Syrian opposition to have a bigger role. That did not happen and the fear of al-Qaeda taking over a leading role in Syria overrode the west’s desire to overthrow an unfriendly authoritarian.
Late last week (on Friday), France, again, surprised the world by starting a military campaign against militant Salafis in northern Mali. Over the weekend, France bombed positions of Ansar al-Din and stationed over 700 French troops inside Mali to stop Ansar al-Din’s advances. Another 2,000 French troops will be sent to Mali soon, according to French authorities. This is happening while French citizens were killed in Somalia on the hands of another al-Qaeda affiliate, Shabab al-Islam (aka Ash-shabab).
Seeking more support, the French president visited the Gulf States where he declared from the United Arab Emirates that he expects these states to provide military and financial help.
Mali has been in turmoil for years and very few paid attention. Previously, some of the natives of this Saharan country, the Touereg, have been fighting to end discrimination, marginalization, and neglect. But in recently years, Salafi groups became more and more active in the region. Relying on the discipline of their members and the generosity of their private and state sponsors from the Gulf region, the Salafis were able to achieve in months what the Touereg rebels could not achieve in years. With the chaos in Libya, more weapons and personnel made their way to northern Mali. Last summer, a military coup paralyzed the central government and Ansar al-Din used that opportunity to expand their control and influence.
France’s intervention, then, can be explained by its fear over threats to its interest in western Africa in general and the prospect of one of Africa’s mineral rich countries falling in  the hands of al-Qaeda affiliates. Mali has huge untapped gold mines as well as other natural resources. Gold, especially, is proven to be the preferred currency for countries and groups that are facing scrutiny from the west. Mali, therefore, became the epicenter of convergence of conflicting interests.
Despite the distance, France’s intervention in Mali may create a new reality in Syria. After all, the similarities (and links) between Ansar al-Din in Mali, Ansar al-Shari`a in Libya and Tunisia, and Jabhat al-Nusra in Syria make it very hard for western countries to explain why they are waging war on these related groups in Africa but providing them, via their Gulf allies, with support, military and otherwise, in Syria.
13JM-2013423789
FacebookTweetPinLinkedInPrintEmail

Where should Muslims build mosques? – The Daily Iowan