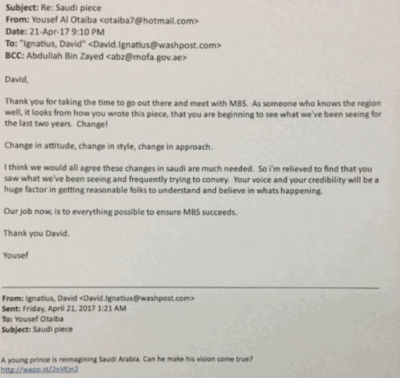 Together, Saudi Arabian and Qatari rulers bankrolled armed rebellions that destroyed Libya, Syria, and Yemen. They offered political and military support to all armed groups that are willing to fight regimes they do not like. Their united front against their common enemies did nothing to remove their own internal problems. Now, they have to face those problems and from the first look, they shattered. Previously, the club of rich nations known as the GCC worked together to force poor Arab countries fall in line. They exerted their power to expel a founding member of the Arab League, Syria, out of the intergovernmental organization. When Qatar hosted the annual summit of the Arab League, it maneuvered to give Syria’s seat to some obscure figure from the Syrian opposition groups.

On May 22, while in Saudi Arabia, Trump met with about 53 representatives of government of Arab and Muslim nations to show a united front against what he called “radical Islamist terrorism.” A day after he left, media outlets from Saudi Arabia and UAE accused Qatar of undermining Arab unity by supporting terrorism and cozying up to Iran. On the charge of supporting terrorism, Qatar essentially replied by invoking the proverb: the pot calling the kettle black. Indeed that sums it up: Saudi Arabia is the only regime that espouses the radical interpretation of Islam called, Wahhabi Salafism. They worked on promoting this creed around the world under the guise of Sunni Islam. Every fighter joining al-Qaeda or ISIL is a follower of this radical creed. So it is laughable that Saudi Arabia is accusing other governments of supporting terrorism while its rulers have provided weapons to Salafists fighting in Syria and Libya and used its resources and connections to spread Wahhabism through Islamic centers all over the world. Rulers of Qatar seem determined to resist its bullying neighbors this time. They activated their assets, mainly well-financed and well-staffed media powerhouse, Aljazeera, and members of and sympathizers with the Muslim Brotherhood.

Qatar might be behind the leaked emails of a diplomat from UAE. The emails show that the GCC states used their wealth to hire the best and most influential PR and lobbyists to influence policy makers and governments around the world and in the United States. One of the emails show how Gulf States’ diplomats promote one prince over others and how they work with journalists to raise the profile of individuals they like and raise concerns about groups and governments they do not like.

The coming days and weeks will reveal more since these two countries worked together to destabilize other countries. Each side will be leaking more emails and diplomatic documents that will show the extent of their involvement in creating shady alliances, destabilizing other countries, and using their assets to mask all their covert operations around the world.

Will the rulers of Saudi Arabia, and perhaps other GCC, fall and why?