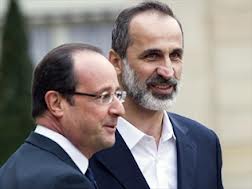 The truth is the first and last victim of wars