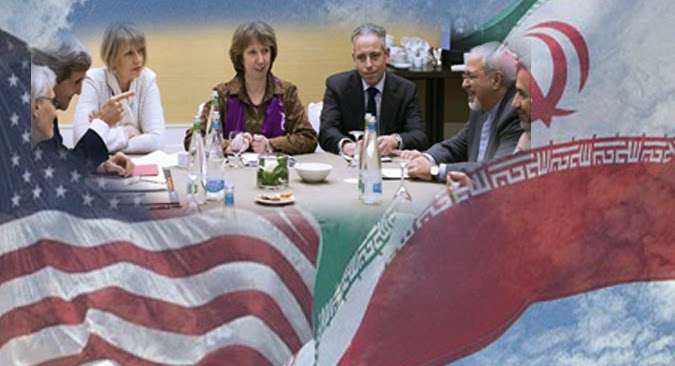 On the eve of the Republicans’ takeover of the U.S. Senate and increased control of the House, the Wall Street Journal revealed, on the authority of anonymous sources, that President Obama had sent “secret letter” to the leader of the Islamic Republic of Iran. Iran took its time confirming it had received such a letter. The official confirmation ultimately came from the secretary general of the Iranian Supreme National Security Council (SNSC), Ali Shamkhani.
Shamkhani, a former navy admiral now heading the powerful body that oversees defense policy and consists of thirteen members representing various branches and agencies of governance, said that Iran responded to President Obama’s letter, which was not the first of its kind. He also indicated that the “wording of the letter seemed to be constructive as it did not attempt to interfere in the internal affairs of the country.” The confirmation also came after a crucial round of negotiation between top diplomats from the EU, Iran, and the U.S. that took place in Muscat, Oman. Especially given that this is not the first letter, it should not be a significant event. But it is, for several key reasons.
1. Although President Obama’s letter was addressed to the Supreme Leader of the Islamic Revolution (his official title is rahbar-e inqilab), Seyyed Ali Khamenei, on the occasion of being discharged from the hospital after a medical procedure, the reply came from the SNSC. The fact that the SNSC responded to the letter instead of the office of the leader or the president signals at least two things: the significance of the content of the letter (relating to national security) and Iran’s emerging institutional power. Indeed, the leader, as he is addressed in Iran, wields considerable power and influence. However, given that the letter came shortly after he had been treated for cancer, Iran chose to send a strong signal that its national security and foreign policy matters are not decided by one individual, high and revered as he may be, but are handled through proper institutions. The implication of Iran’s emerging institutional power cuts both ways. It can provide reassurance that a deal, if reached and confirmed by the various governing branches, will enjoy the backing of a stable regime. On the other hand, Iran’s emerging institutional power means that the West cannot wait out the process until a new, “moderate” leader succeeds Khamenei. In other words, Iran’s current foreign and defense policies are likely to last for generations.
2. President Obama’s letter, however, sends the opposite signal—especially in that it was sent just days before the election of a new Congress. Even if President Obama expressed openness to starting a new chapter with Iran, Iranian leadership seemed interested in American institutional commitment to making progress on the nuclear issue, sanctions, and combating terrorism. This distinction revealed itself in Oman when Iranian negotiators insisted that any final agreement on the nuclear issue must include the lifting of all sanctions, including those imposed by Congress.
3. In the past, the U.S. administration has argued that hardline figures in the Iranian government are the cause of failed attempts to reach a negotiated agreement. With both Iran’s new “moderate” president and the same “hardline” supreme leader committed to negotiations, it is now the U.S.’s shift in institutional power that is threatening the process and undermining the President’s efforts. In other words, the new Congress may render what used to be reassuring American institutional power a thing of the past if President Obama fails to reach a deal within the allotted time—before November 23, which is fast approaching.
4. Since Iran and the P5+1 inked the interim agreement nearly a year ago, Iran has received some of its frozen assets, continued nuclear research and development without expanding uranium enrichment, and struck a number of trade and economic agreements with a many foreign companies, including European ones. Most of these agreements were structured in a way that would mitigate current or future Western sanctions. In other words, with or without agreement, Iran is in a better position than before it signed the interim agreement. If the U.S. administration keeps its current sanctions or imposes new ones, it would be like someone cutting the branch of a tree they are sitting on. In other words, it would deprive American companies and individuals of opportunities made available to everyone else thanks to the interim agreement.
U.S. policy makers have been accustomed to dealing with Middle Eastern countries that lack established institutional power. It was often the case that when a U.S. administration wanted a particular Middle Eastern country to do something, it simply asked the king, emir, or shaikh of that country to issue a decree. Iran’s emerging institutional power requires a new strategy in the Middle East for U.S. foreign policy to be relevant.
In addition to a strategic policy shift, both the U.S. and Iran ought to put their grievances on the table and deal with them openly and respectfully. Indeed, Iran has a long list, ranging from the U.S.’s meddling in Iran’s internal affairs and overthrowing elected governments, to siding with the Shah, to aiding Saddam during his eight-year devastating war, to shooting down passenger airliners. On the other hand, the U.S. could ask Iran to stop glorifying attacks on diplomatic missions and hostage-taking. Perhaps the airing of grievances in a mutually respectful manner could move the conversation forward to the point where both parties can work together on very difficult issues that are now increasingly threatening the region and the world.
____________
* Prof. SOUAIAIA teaches at the University of Iowa. His most recent book, Anatomy of Dissent in Islamic Societies, provides a historical and theoretical treatment of rebellious movements and ideas since the rise of Islam. Opinions are the author’s, speaking on matters of public interest; not speaking for the university or any other organization with which he is affiliated.
FacebookTweetPinLinkedInPrintEmail