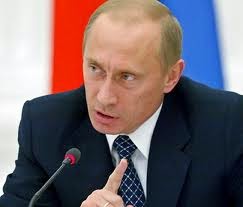 Riding the wave of protests known as the Arab Spring, many Syrians rallied to demand more political and civil rights. Without the hesitancy that characterized their initial reaction to the protest movements in Tunisia and Egypt, Western administrations and some of the Persian Gulf regimes immediately threw their support behind the protesters. Assad’s regime belonged to the so-called non-moderate Arab governments and the protesters offered the West and its allies an opportunity to overthrow it. They formed the “Friends of Syria” group, now consisting of only eleven nations, to provide the opposition with all needed support, including deadly arms, to achieve that goal. After three years of brutal war, Syria’s economy and society are severely damaged and its allies, mainly Russia, China, and Iran have invested a huge political, economic, and military capital to help the Syrian government survive. The Friends of Syria claimed that Assad became illegitimate because he killed Syrians. Assad claimed that he was fighting armed terrorists and thugs.

In November of last year (2013), in Ukraine, President Yanukovych’s cabinet voted to abandon an agreement on closer trade ties with EU in favor of economic co-operation with Russia. Reacting to this decision, tens of thousands of people attended a demonstration in Kiev. In early December, protesters occupied Kiev city hall and Independence Square.
To shore up support for Ukrainian government, Russian President Vladimir Putin offered to buy out $15 billion of Ukrainian debt. Protesters grew more violent and by the end of February 2014, more than 90 people were killed including dozens of police and security personnel. Consequently, President Yanukovych left Kiev only to be deposed by the parliament, a move he rejected as illegal. Russia, in the meantime, declared the new regime in Kiev illegitimate and moved to annex Crimea and build its troops along the border threatening to move in should Russia speaking minorities in eastern Ukraine be harmed.
Taking their cues from Crimeans, many eastern Ukranians launched their own protest movement, taking over government buildings and military installations, and demanding a new constitution that would grant them more autonomy. Kiev reacted by sending more troops. The next steps will determine if Ukraine falls into prolonged armed struggle, like Syria, or reach a political settlement.
If all parties have learned anything from the Syrian crisis, they should know that a Syrian style conflict, which will be essentially another proxy war, will create another global humanitarian and economic crisis. The outcome of the proposed quartet (Russia, U.S. Ukraine, and the EU) meeting, should it happen, will provide more clues about the direction of this crisis.  Should they ignore the similarities between the crises in Ukraine and Syria, Ukraine will be for the West what Syria has been for Russia in the last three years: political and diplomatic vortex.
____________
* Prof. SOUAIAIA teaches at the University of Iowa. His most recent book, Anatomy of Dissent in Islamic Societies, provides a historical and theoretical treatment of rebellious movements and ideas since the rise of Islam. Opinions are the author’s, speaking on matters of public interest; not speaking for the university or any other organization with which he is affiliated.
FacebookTweetPinLinkedInPrintEmail

Why have many Syrians voted for Bashar al-Assad and what is the U.S. administration’s alternative to elections it does not particularly like?

The legacy of a “public servant” who would torture the public