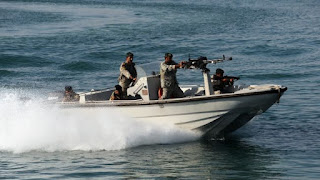 I recognize that it is injudicious to make emphatic predictions like this one and it is especially impolitic to do so without access to all information. In this case however, all critical information is publicly available. The only important piece of information that we don’t know is whether or not Iran has or is close to having a nuclear bomb. But all those who are supposed to know don’t really know. The most recent estimate suggests that Iran could have the capacity, the knowledge, and the material to produce several crude nuclear bombs within one year. Similar claims were made at least five other times in the past 25 years.

Increasingly, talking about Iran as a nuclear threat is becoming an exclusive hobby for politicians. Although some of the Arab regimes feel equally threatened by a nuclear Iran, only Israel seems to emerge as the subject of this threat. Israeli leaders have made it clear that a nuclear Iran is an existential threat and that they will do whatever is necessary to eliminate that threat, including a preemptive military attack. Unexpectedly, some U.S. officials, including Secretary of Defense Leon E. Panetta, went as far as setting a time for such an Israeli military strike: this spring. Nonetheless, here are several reasons why, in my opinion, Israel will not attack Iran this year.

ONE: If past behavior is a predictor of future actions, we know that Israel attacks other countries without announcing its intentions. Israel attacked its neighbors’ nuclear installations twice before but it never announced it beforehand. In 1981, Israel destroyed an unfinished Iraqi nuclear reactor without warning. In 2007, Israel was thought to have demolished a nuclear facility in the early stages of construction in an airstrike on Syria. Regarding the second attack, Israel is yet to officially take credit for the bombing. Israel has a habit of responding to any real or perceived threat by taking it out without warning as it did in 1986 when its airplanes bombed the PLO headquarters in Tunisia, again without warning. In all cases, Israel did not announce its intention let alone a timetable.

TWO: When Israel attacked the Iraqi and Syrian nuclear reactors, the strikes did not ignite a full scale war because neither country retaliated militarily. Israel knows that attacking Iran will unleash retaliatory strikes if not a full scale war. Indeed, Israel may have the control over when to start this conflict but it does not have the ability to control when the ensuing conflict ends. This in and of itself makes an attack on Iran like no other attack and Israeli leaders cannot risk a prolonged war that could force many Jews to leave the country. 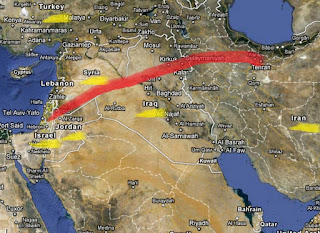 THREE: To attack Iran, Israel must fly over at least one other country before reaching Iranian airspace. Israel must prove that an attack on Iran is necessary for it to even start a conversation with Turkey, Jordan, Saudi Arabia, and/or Iraq for permission to use their airspace. Out of all these four countries, Saudi Arabia is the country most eager to see Iran weakened but it is unlikely that the regime there will consent to an Israeli attack on Iran via Saudi Arabian airspace for internal political reasons.

FOUR: Without a UNSC resolution authorizing military intervention against Iran, an attack on Iran will be illegal. The events at the UNSC of last week show that China and Russia will not allow such a resolution. One of the reasons Israel did not take credits for attacking the Syrian site and the assassination of Iranian scientists is the legality of such acts. Once a precedent is established whereby countries can simply attack other sovereign nations based on perceived—not imminent—threats, the trend could easily spiral out of control and Israel will find itself victim of a practice it had started. In this particular case, Iran could invoke a strategic agreement they signed with the Syrians and use that country, Lebanon, and Iraq to retaliate with ground war, not just via long range missiles. In other words, Israel may have the initiative of starting an attack but Iran will be able to decide on launching a war and control how long such a war would last.

FIVE: Generally, only authoritarian regimes may undertake irrational acts without calculating the full ramifications. Indeed, Netanyahu, who espouses extremist views, is a person who could take such rash decisions, too. However, Israel is a state with divested powers and decisions are generally made in consultation with heads of the various governing institutions. The risks of an attack on Iran are too great to overlook by all the decision makers in Israel.

SIX: Most western leaders argue that the military solution (assuming that it is actually a solution) should be a last resort. China and Russia favor diplomatic compromise. U.S. and some European leaders favor economic sanctions. Israel wants assurances that Iran is not allowed to become a military nuclear power. Western sanctions against Iran are now at unprecedented levels and that suggests that Israel may have promised some western leaders that it would not carry a military attack as long as they keep pressuring and isolating Iran. A Military strike would not isolate Iran; it may provide it with many sympathizers.

SEVEN: Publicly at least, the only reason Iran sees Israel as an enemy is because of the latter’s unsettled dispute with the Palestinians. If the Israelis and the Palestinians reach a peace agreement, Iran will have no claim over Israel and the nuclear issue will be moot. The Arab Spring is imposing a new reality and one of the consequences of this new reality is the pressure on Palestinians to seek the input of the people and live by the results of that input. Just this week, the main Palestinian factions reached a new agreement to form a unity government. The new government will be tasked with overseeing the elections and these elections will determine the next generation of Palestinian leaders. Israel will then have an opportunity to settle the dispute with an elected Palestinian leadership or face more isolation. The Gaza War destroyed its alliance with Turkey; rejecting the new Palestinian leadership will alienate more of its discrete Arab friends such as Qatar. This is not likely scenario though unless a fair elections actually take place.

The widely accepted assumption is that a nuclear Iran will–not could or may–attack Israel. The reality is different. First, there is the nature of the weapon that renders it useless since, once a nuclear weapon explodes in that narrow strip of land, it will not discriminate between a Jew and a Muslim. Given that Shiite Muslims are a stone’s throw away from Israel’s northern border, Iran is unlikely to use such a weapon. Second, the Iranian hostility towards Israel is rooted in the same premise of Muslims’ hostility towards Israel and that is the dispute over Palestinian statehood. So there is no special case that makes Iran more hostile than the Saudis for example. So the problem is more about geopolitics and less about ideology or religion. In the end, the Iran-Israel conflict is not any different from the regional conflict originating from the colonial era. In that context, Israel’s problems will not be solved with the elimination of the so-called Iranian threat. It must deal with the problem in its regional and global dimensions. The fact remains that, after loosing Turkey and Egypt and possibly soon Jordan as friendly nations, Israel is more isolated that Iran in the region. Will it bomb all these unfriendly nations to submission one after another, too, after bombing Iran and surviving the aftermath?
For these and many other reasons, the world will continue to resist Israel’s call to attack Iran without actual progress in solving the Palestinian matter.
_________
* Prof. SOUAIAIA teaches at the University of Iowa. He is the author of the book, Contesting Justice. Opinions expressed herein are the author’s, speaking as a citizen on matters of public interest; not speaking for the university or any other organization with which he is affiliated.
FacebookTweetPinLinkedInPrintEmail

Terms of the #IdlibDeal: Copies of the official document released by the governments of Russia and Turkey

2 thoughts on “Israel will not bomb Iran this year”