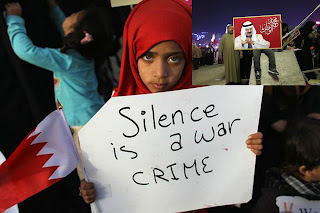 In another sign of nervousness resulting from the mounting pressure put by the Arab revolts on authoritarian rulers, members of the GCC (Cooperative Council for the Arab States of the Gulf) unexpectedly opened the door for considering the admission of Jordan and Morocco to this intergovernmental organization. In doing so, what used to be a geographical cooperative is worriedly attempting to transform itself into a political paradigm.

The GCC, which currently consists of the United Arab Emirates, the Kingdom of Bahrain, the Kingdom of Saudi Arabia, the Sultanate of Oman, the State of Qatar, and the State of Kuwait is not by any measure a serious political force rather an exclusive club of the petro-wealthy kingdoms. However, recently the rulers of these states have become fearful that the Arab uprisings that removed some of their trusted allies like Ben Ali and Mubarak will affect them as well.

Fretfully, the GCC took active military role in crushing the uprising in Bahrain by sending military force to assist in imposing a state of emergency there. GCC leaders have also proposed a number of plans to end the crisis in Yemen. Fearing isolation, the rulers of the GCC states were forced to work together to slow down the wave of change that is engulfing the Arab world. They now seem to think that increasing the membership of the GCC will help them remain relevant. 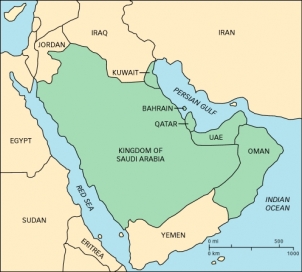 The selection of Jordan and Morocco as prime candidates reflects the intent of these rulers to preserve the form of governments rather than initiate fundamental political reform. This is evident given the fact that Morocco is more than 1000 miles away from the Gulf. Other countries many of whom share borders with Saudi Arabia (the pillar of the GCC) including Yemen, Egypt, and Iraq are not invited to join.

Together, the six nations have a population of nearly 40 million people, an average GDP of $23.000 per capita, and nearly a trillion dollar economy based primarily on oil revenues. The six nations share a policy of social control built on the triad of tradition, cronyism, and exclusion. Generally, the natives enjoy the unlimited privileges of being from the ruling family’s sect or ethnic group. The labor and services are staffed by hired workers brought from all over the world. Currently, Egyptians constituted a large class of foreign workers holding supervisory roles over large non-Arab Muslims from Bangladesh, Pakistan, India, and Iran.

It is likely that the GCC rulers will succeed in slowing down the current wave of change sweeping the Arab world. They can do so by spending more on buying the loyalty of a large segment of their populations and employing religion to proscribe public protest. Internationally, they can mute criticism by blackmailing key countries such as the U.S. by threatening to withdraw investments and cash out the treasury bonds. But in the long run, the peoples of these states will wake up to the fact that they are subjects, not citizens. When they do, they, too, will ardently choose dignity over bigotry
FacebookTweetPinLinkedInPrintEmail

Delusions of Grandeur: Tunisian leaders and the loss of civil society institutions