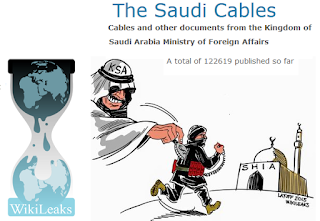 Abstract: Before WikiLeaks released the Saudi diplomatic cables in 2010, the rulers of Saudi Arabia had cultivated the image of being deliberate, moderate, and averse to confrontation. Since the start of 2011, the Saudi rulers have behaved in ways that annulled that perception. The Saudi rulers hosted the Tunisian dictator and refused to extradite him to face criminal and corruption charges, criticized the U.S. for not standing by Hosni Mubarak, turned down a coveted seat on the UNSC, sent its armed forces to crush a peaceful protest in Bahrain, armed Salafists to overthrow the Syrian government, engineered a political coup that displaced the democratically elected prime minister of Iraq–Nuri al-Maliki, and launched a brutal war on Yemen committed war crimes and crimes against humanity in the process. Days before beheading a religious leader who spoke against the oppression of Shias, the deputy crown prince and minister of war of the kingdom announced the creation of an “Islamic military coalition,” consisting of 34 countries to combat terrorism. These are not the actions and temperament of deliberate, moderate leaders. These are the actions of impetuous, nervous, and paranoid autocrats who seem to be running out of options as their internal, regional, and global allies abandon them.
__________________

In order to forecast the future of the Saudi monarchy, one must understand its origins, culture, and friends and allies within and without the kingdom. Most of the territory known today as Saudi Arabia was under the suzerainty, if not the full control, of the Ottoman Empire since 1517 CE. The modern kingdom, however, has its origins in 1744, when the two Muhammads–Muhammad Ibn Saud and Muhammad Ibn Abd al-Wahhab formed an alliance to control the region near Riyadh and start their expansion to rule over almost all of the Arabian Peninsula. This alliance made the monarchical system, ordinarily frowned upon in conservative Islamic legal traditions, a viable form of government in a deeply conservative society.

The second pivotal point started in 1938 after oil was discovered and the Saudi-U.S. alliance was born. This alliance, too, brought together two countries that, by most standards, reside in opposite extremes of political and cultural spectrums. The United States is a nation with a self-declared commitment to human rights, religious freedom, political pluralism, and civil liberty. Saudi Arabia, on the other hand, is a country ruled by a regime that imposes the strictest social and political codes that prohibit women from driving cars or traveling unaccompanied by a family member, systemically discriminates among people on sectarian and religious grounds, bans political protest and public dissent, and imposes a criminal justice regime that is in conflict with international treaties and humanitarian law and conventions.
Yet, it is these unlikely alliances that the Saudi rulers have struck that provide the regime with relative stability at home and sweeping influence around the world.

While the Saudi-Wahhabi alliance defined the religious and political character of the kingdom, the Saudi-U.S. alliance spelled out the economic and security terms that guided the kingdom’s regional and international affairs. The Saudi-U.S.alliance was built on reciprocated leverage. The Saudi regime needed stability and legitimacy given its extremist religious creed and its staggering human rights record. The United States needed a reliable source of cheap oil to power its manufacturing-based, transport-dependent economy and life style. There was also an added benefit of this unlikely relationship: the presence of a U.S. ally, like Saudi Arabia, in the Persian Gulf region limited the Soviet Union’s reach into the region. 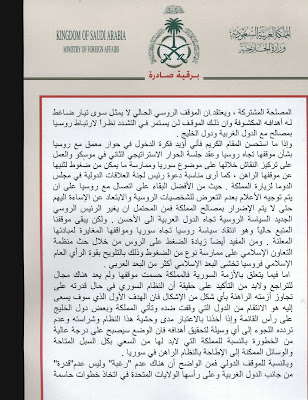 When the Soviet Union’s increased influence in the Middle East was the primary threat to U.S. interests in the region, Saudi Arabia was crucial in firewalling the Arab world against Soviet intrusion. The Kingdom used both a religious discourse that deaminized communism and dramatized the threat of socialists’ takeovers, and oil-generated wealth to buy Arab regimes’ compliance.
With the exception of the pseudo socialist (or pseudo revolutionary) regimes in Egypt (during the rule of Nasser), Algeria (during the rule of Boumediane), Syria, Iraq (under Ba`athist regimes), and Libya (under Qaddafi), Saudi Arabia was able to use religion and money to keep other Arab regimes in the West’s camp.
The Saudi assistance to U.S. went beyond the Arab world. The rulers of Saudi Arabia were instrumental in making sure that Pakistan was on the side of the United States during the U.S.-USSR proxy war in Afghanistan. Pakistan served as the ideological and military training ground of the Wahhabi-Salafi fighters recruited from all over the world to fight the Soviet Union in central Asia.

The U.S.-Saudi alliance also allowed the Saudi rulers and wealthy individuals to build and control Islamic centers in North America and Europe and use these centers to spread Wahhabism cloaked as orthodox Sunni Islam. The presence of Saudi-linked Islamic centers explains the disproportionate number of European citizens, as opposed to Muslims from other Muslim-majority countries, joining ISIL in Iraq and Syria in the last five years.

Despite the collapse of the Soviet Union, the U.S.-Saudi alliance continued their joint efforts of undermining governments deemed unfriendly to either or both countries. To topple the revolutionary Shi`i regime that overthrew the Shah of Iran, whom the U.S. and UK intelligence services installed in the stead of the democratically elected government in the 1953 coup, U.S. administrations and the Saudi rulers worked together to instigate and support Saddam’s war on Iran from 1980 until 1988. The two governments collaborated to confront Saddam when he invaded Kuwait. Lastly, Saudi Arabia was instrumental in muting Arab opposition to U.S. invasion of Iraq in 2003. However, the outcome of the invasion of Iraq turned out to be catastrophic for the U.S and for the rulers of Saudi Arabia. One of that invasion’s byproducts was the creation of a path to political power for Iraqi Shi`as—the Iraqi majority long oppressed under the Ba`ath regime.

Muslim communities, especially the Sunnis, must challenge the Saudi rulers’ attempt to project themselves as the defenders and exemplars of true Islam, because Wahhabi-Salafism hardly represents historical Islam that inspired the Islamic civilization. Muslim scholars must speak clearly and forcefully against the teachings and practices that are abusive to human dignity. Sunni Muslim scholars, especially, must speak against the genocidal practices that have taken many lives and endangered the wellbeing of millions more, in their name.

* Prof. SOUAIAIA teaches at the University of Iowa. His most recent book, Anatomy of Dissent in Islamic Societies, provides a historical and theoretical treatment of rebellious movements and ideas since the rise of Islam. Opinions are the author’s, speaking on matters of public interest; not speaking for the university or any other organization with which he is affiliated.
Please Login to view this content. (Not a member? Join Today!)

Songs of freedom: the soundtracks of political change in Sudan