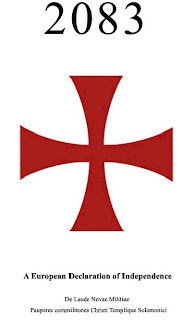 by Ahmed E. Souaiaia*
by Ahmed E. Souaiaia
I vividly remember the day of the Oklahoma bombing. Not because of the news reports—I was too busy working and with school to watch the news. Consequently, I was not aware of what had happened that day until late in the afternoon. But as I walked into my workplace after a long day of school, I felt the stares and tension from almost all my co-workers. Many ignored me when I greeted them. While waiting for my shift to start, I entered the break room where a friend sat reading the newspaper. It took him a moment before awkwardly asking me what I thought of the “terror attack on the Murrah Building in Oklahoma.” I thought, “Terror? Murrah? Oklahoma?
As a new transplant who knew very little English at that time, none of those words made sense to me. I certainly did not understand the definition or meaning of “terror.” I definitely did not know the meaning of “Murrah” or what the “Murrah Building” was. And I did not know where or what is “Oklahoma.”

I remember a widely distributed line from one of the so-called “terrorism experts” in a local paper the next day. It read along these lines: “If it looks like a duck, quacks like a duck and walks like a duck, then it is probably a duck – this looks like Islamic terror.” Then, everything started to make sense. If a bomb explodes anywhere in the world, look around and check on the Ahmeds around you: if they did not do it, they should know something about it. The Ahmeds of the world are – at least in the eyes of my co-workers that day – terrorists, potential terrorists, or experts on terrorism. In all cases, being an Ahmed, in the eyes of my co-workers, I deserved the accusing looks and cold shoulders, if not a direct accusation.

Days later, when the actual bomber was identified and his associates were revealed, no one asked my friend Tim about it, though he is a Christian with hyper-critical views of the government and politicians who he thought were jeopardizing the true American values. In the end, it was very easy for the media to make Tim the Bomber unique and so unlike any other American Tim.

I revisited these thoughts and feelings the week another non-Muslim terrorist attacked in Norway. This time it was not because of the accusing looks and cold shoulders, but rather because some media outlets thought that I was an expert on terrorism and I should have something to say about the Norway bombing and shooting. As if being an academic with some research expertise on Islam and the Middle East qualified me to be an expert on terrorism. Those questions suggested that Islam and terror are one and the same.
American media and government agencies have contributed to this racialization of violence. People with no credentials except a minimum proficiency in Islamic studies and an ardent zeal for constructing a threatening image of Islam have suddenly become experts on terrorism. They are called upon by the Defense Department, the State Department, the media, and the public to explain the connections and workings of “Islamic terrorism.”

One example of a self-proclaimed expert is Robert Spencer, whose biography lists his connection to popular and official channels of power and influence. He publishes books and articles at the same rate I change my socks. His outline of Islam and its portrayal as a violent threat to the Western way of life inspired the brutal murders in Norway. The connection is not an assumption, but is based on the words of the confessed bomber/shooter.

Importantly, the connection can be derived from Mr. Spencer’s own logic. In one of the Frequently Asked Questions on his website, Mr. Spencer states:
Q: Why should I believe what you say about Islam?
RS: Pick up any of my books, and you will see that they are made up largely of quotations from Islamic jihadists and the traditional Islamic sources to which they appeal to justify violence and terrorism.
In the Norwegian terrorist manifesto, Mr. Spencer was quoted 64 times. Using Mr. Spencer’s logic, it follows that since his writings are one of the main sources of the Norwegian terrorist, they served to justify violence. This is proof that in Mr. Spencer’s writings, violent haters, racists, and bigots find inspiration.

Mr. Spencer’s logic, the practices of Reverend Jones, the ideology of the British E.D.L, the legal war waged on Muslims by David Yerushalmi, and the agenda of David Horowitz runs a continuous line of hatred toward specific religious and/or ethnic groups. These individuals and institutions have found in the terror attacks of 9-11 the perfect cover to publicly unleash what would otherwise be recognizably bigoted views.

Mr. Spencer and his colleagues may argue that being quoted by a terrorist is not evidence of their guilt. It is not. But it is evidence of a direct connection between the audiences that they inspire and the ideology that they promote. It is evidence of where they belong in the spectrum of social and political discourses. They belong in the extreme. Mr. Spencer’s ideology mirrors the ideology of al-Qaeda’s ideologues. After all, those self-declared protectors of Islamic culture are saying the same thing, with minor adaptations: modern day crusaders (mirroring Jihadists in the anti-Muslim lexicon) are a threat to their way of life and must be fought on all fronts.

While Mr. Spencer points to about 1% of Muslims living in any Western country as inassimilable aliens that are a threat to Western way of life, al-Qaeda ideologues point to the Western armies in Muslim countries as forward bases of the Christian and Zionist crusades. The two camps share the ideology of exclusion. They racialize victimhood the same way they racialize ethnic and religious supremacy. They are two sides of the same page, which catalogues the ideals of supremacism.