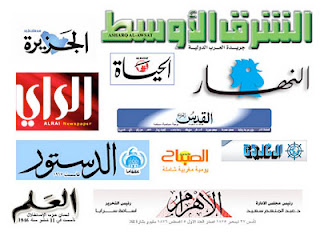 Tunisia’ new leaders wanted to celebrate the revolution that deposed the old regime and ushered in representative governance. So they invited other Arab heads of state, but only several showed up. Of course, this is not a normal gathering. It is one that reminded the Arab rulers that they will all go unless they reform. Reportedly, the new Tunisian leaders sent invitations but only the leaders of Algeria, Libya, Qatar, and Mauritanian showed up. The rest of the countries sent low level representatives just to be polite. Tunisian media noticed this awkward party moment.

Although Tunisia and Egypt have more or less moved to representative governance with bloodless revolutions that removed the strong regimes of Ben Ali and Mubarak, the Libyan uprising was bloody and cruel. Nearly 50,000 people are said to have lost their lives and there are daily reports of gun battles between competing rebel factions. The instability in Libya did not go unnoticed in other Arab countries. Consequently, enthusiasm for revolutions is brought under check especially in places like Yemen and Syria. Arab media took notice of the change in attitude.
Here are some of the other themes discussed in several influential Arab news outlets recently.
Russia moves to limit its losses, editorialized the pan-Arab newspaper al-Quds al-Arabi:

“If you want to know the odds of a war taking place in the Middle East, just keep track of the statements out of Moscow and Washington and the movements of their respective vessels and aircraft carriers – especially now that Russia is waking up from a period of hibernation and is coming back strongly in the region to protect its interests.”

The newspaper argued that Russia will not lose another Arab ally to the West. “Having taken stock of such a major loss, Russia is now determined to counter forcefully any US attempts to topple the Syrian and Iranian regimes,” the newspaper concluded.
The newspaper pointed to the Russian ship loaded with weapons reportedly sent to Syria as evidence of this shift in policy adding that the “Russian aircraft carrier and other warships arrived in Syria’s Tartous port” are a show of force aimed at reassuring Asad that military intervention will be met with military resistance:

“By dispatching an aircraft carrier and shiploads of weapons and other hazardous materials, Russia wants to send out a strong and unequivocal message to Arab governments and the United States, that it will not let down its Syrian and Iranian allies, after it has already lost Qaddafi’s Libya and Saddam’s Iraq.”

To make matters very clear, Dmitry Rogozin, the Russian envoy to Nato since 2008, who was appointed in December as his country’s vice premier for defense industries, said last week that “any military intervention having to do with Iran’s nuclear program will be considered a threat to Russia’s national security.”
U.S. image in the Arab world: “soldiers abusing Muslims is a pattern”
Another issue that was picked by the Arab media is the US soldiers’ scandal. Sharjah-based newspaper al-Khaleej editorialized that U.S. soldiers violating their own laws, like urinating on dead bodies, are not isolated cases; they are patterns of behavior. The paper referred to the humiliating treatment of Iraqi prisoners by US soldiers at Abu Ghraib prison several years ago and said that that “showed how US soldiers were having fun dehumanizing prisoners in unimaginable ways.” The paper contended that other cases, such as “al-Nisour Square incident in Baghdad in 2007, when US soldiers killed more than a dozen Iraqi civilians for no reason.”  Guantanamo Bay, the newspaper argued “is yet another flagrant example of the violation of basic human rights.” The latest incident in Afghanistan is not “isolated or individual”, the newspaper said. “It is a function of the usual method adopted by the US forces in Afghanistan and previously in Iraq.”
FacebookTweetPinLinkedInPrintEmail

Deir al-Zour is the end of the road in Syria for both, US and Russia, will they collide or reverse course?

What the results of the 2018 Turkish elections tell us: a preliminary analysis